The Birds and The Bees: How A Press Placement Happens 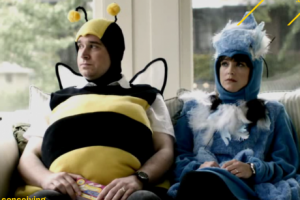 Fast forward to today.  No one writes traditional press releases any more and most of the placements I get aren’t even from press releases.

A traditional press release was usually a page in length.  It began with FOR IMMEDIATE RELEASE, followed by a headline and then however many paragraph’s it took you to inform the reader as best as possible.

My press releases today consist of a short paragraph (no more then 5 sentences) and bullet points.  Social media has turned our society into ADD impatient people.  Information today has to be quick and concise.  No one has time for filler words anymore.

Every now and then press releases work.  Last week I sent out some press releases to stylists letting them know about one of our new clients.  The email consisted of three sentences and images.  About as far from traditional as it gets, but from the email we got in touch with two big celebrities.

Another thing I have found really successful is meetings.  What a surprise, right?  As consuming as social media is, I don’t think humans will ever stop interacting.  This is one of the reasons I try to visit New York every few months or I make such an effort to go to stylists instead of having them come to our office on the West Side.  For editor’s, while I do believe it is possible to have successful editorial relationships without actually living in New York, I also believe that you need to invest in relationships and visit when possible.  Always treat other’s as you want to be treated aka be a good friend.

Ready for a quick example?

How I got a celebrity placement without a press release.

In this particular case I have a better relationship with the assistant then the actual stylist.  The assistant was getting married and kept asking me about pricing on one of my client’s pieces for possible gifts for her wedding party.  While the wedding gift’s did not work out, a few weeks later one of their celebrity clients was looking for a personalized necklace and asked her stylist for help in ordering it.  The stylist had trouble finding what the celebrity wanted with the time constraints so she asked the assistant to aid in the search.  Thankfully the assistant thought of me and we ended up making a custom piece for the celebrity that has been photographed numerous times and I’ve been told that she “never takes it off.” (Can you guess the celeb :-p)

So with that I leave you with this final advice: this business is about good people skills, building strong relationships, following your instinct and having good manners. (Yes, your mom was right.)